Tomorrow I’ll be doing my “BarbWired” report for Chicagonistalive, a live internet show. We’ll be broadcasting online at 2:00pm cst from Willis Tower Skydeck, at 103 stories up [updated location]. TechWeek Chicago is my feature story.

As a #TeckWk VIP, I got complimentary admission thanks to a Klout perk. Disclosure: http://cmp.ly/2/va. Although TechWeek events and sessions spanned several days, due to speaking engagements and other commitments, I only attended the opening party and most of day one.

So, if you’re looking for complete coverage, this isn’t it.

My goal, here, is to give you a sense of the depth and diversity of topics – all with a light touch.

Did you go to TechWeek? Please share your comments or links to your coverage so we can exchange ideas.

If you were one of the 2,000 or so folks there and you saw me there, but we didn’t talk – let’s chat soon. The Social Media Club Chicago members in the crowd stood out. We were the ones hugging each other.

Congrats to MidVentures on achieving their mission of connecting as many people, places and things with the span of TechWeek.

Here’s a quick rundown of the TechWeek speakers and sessions I enjoyed.

Throughout his business, philanthropic and political involvement, Jay Robert (J.B.) Pritzker, has built a reputation as a strong leader, an innovative entrepreneur and a champion of charitable causes. His businesses include New World Ventures – a venture capital firm – and The Pritzker Group – a private investment firm. He is also a principal owner of Hyatt Hotels Corporation and TransUnion Corporation.

J.B. Priztker of New World Ventures talked about three things that have changed for the better on the Chicago tech scene:

1. Quality and experience of start-up founders who are now magnets for talent and capital

3. Talent pool – It takes a village to raise a start up and there’s no other city with as rich of a talent pool as Chicago. More Nobel prize winners come from Chicago than anywhere else. We have the second largest business district in the United States.

Need hi-tech connections? Join Built in Chicago, a social network of over 4200 members, is dedicated to “promoting digital innovation in the world’s greatest city.”

Chicagoans have a long tradition of giving back.

From the TechWeek progam . . .

Aneesh Chopra is the United States Chief Technology Officer and in this role serves as an Assistant to the President and Associate Director for Technology within the Office of Science & Technology Policy. He works to advance the President’s technology agenda by fostering new ideas and encouraging government-wide coordination to help the country meet its goals from job creation, to reducing health care costs, to protecting the homeland.

Aneesh, who is on twitter @aneeshchopra, referenced Startup America and Startup Illinois, as two places entrepreneurs can go to build their businesses.

Working together, technology teams can design, develop and deliver incredible projects. Watch how fast the first crowd-sourced military vehicle, designed by Victor Garcia [an IIT grad] and built by Local Motors, goes together in this video.

Data liberation, which may be a new term for some, is a way for users to access,  interpret, share and keep data. The Indian and U.S. governments are working together on an open government project that enables global data liberation.

Do you do project research?

Then, you’ll love what data liberation does. Check out data sets for the city of Chicago. Or, research individual landmarks in Chicago.

“There’s never been a better time to be an innovator in health care,” Aneesh Chopra

Disclosure: Last summer, Craig Newark and I were on Barry Molts’s Business Insanity radio show on the same day! I also wrote a press release about Craig keynoting a conference and I posted a few ads on craigslist. That’s the extent of my Craig Newmark connections.

Craig talked mostly about Craigconnects – here’s the mission from the site:
craigconnects helps connect people of good will for the common good by highlighting nonprofits that are making an impact in Community Building, Journalism Integrity, Middle East, Open & Accountable Government, Service & Volunteering, Technology for Social Good and Veterans issues.

According to Craig, most non-profits don’t know how to tell a good story.

[We’re happy to help them with that.] The more polished their story is, the more bogus Craig thinks their guidelines are. Do you agree?

[The same could be said in business. Sometimes, the company with the best advertising is not the best in the industry. But, BestAd may be making more money than its more accomplished competitors. Do you agree?]

Craig suggests checking out charities on charitynavigator.org and greatnonprofits.org.

He says his number one power is cutting through bullsh*t.

It’s not coding. But, he loves to code. Whenever he tries to code, his staff pulls him back.

[This is a great lesson for entrepreneurs who distract themselves with doing work others could do much better, faster and cheaper. For example, when I finally admitted that someone else would do a much better job than I ever could on redesigning my blog, I invested in freeing up more time, activating a new brand and relieving all the frustration I would feel from this type of project.]

“If you want to make the world a better place, get engaged with social media. Social media and its effectiveness is not new. Guttenberg didn’t know what to do with it, but Martin Luther did. When good stuff happens, get the word out on social media.” Craig Newmark

[That’s why we work to match up businesses with non-profits that can leverage each other’s social media presence and connections. ]

From the TechWeek program . . .

Jory Des Jardins co-founded BlogHer, Inc. in 2005 with Elisa Camahort Page and Lisa Stone, and serves as the company’s President of Strategic Alliances and lead evangelist to top revenue partners. With Jory’s leadership, BlogHer has developed its own distinctive brand of strategic partnership, helping to facilitate constructive dialogue between some of the world’s major brands and women who are social media leaders and their readers.

“If you want to come into the blogosphere to make money, don’t do it. “ Jory Des Jardins

Jory says the top reasons women like to blog are to express themselves and to meet people like them.

With 25 million unique views every month and 2,500 bloggers in the BlogHer network, Jory knows what she’s talking about.

If you’re a woman who blogs, you may submit your blog to be considered for the BlogHer ad network. They’re not selective based on a blogger’s traffic, they’re selective based on an advertising match. “We look up to traditional media, we’re not trying to replace it. We’re symbiotic.” Jory said.

BlogHer also creates events that springboard to life from the network to connect brands with bloggers.

Asked about her favorite blogs, Jory mentioned RedneckMommy, SimplyRecipes and Pioneer Woman by Ree Drummond, one of the largest female bloggers. Jory also said there is no “top 5.” The top blogs differ based on brands, readers and organizations.

Read as much as you write. Link out for good blog karma.

Make your posts digestible –easily and quickly – and something people can connect with.

Jory said she used to spend hours writing a 2500 word post that would get a few readers. But, people want bite sizes, not five course meals. [I can relate to that. Can you?]

When I asked Jory about social media and blogging, specifically Google+ she said women will really like it because it’s easy to segment. “We like Google+ and we think it’s going to be someone some day.”

After her fireside chat, I met up with Jory to thank her for coming back to Chicago – where I attended BlogHer 2007 and 2009. In 2012, BlogHer moves back to NYC.

Exhibits for Startups and Entrepreneurs

Browsing the exhibit area, I stopped by the Academy for Entrepreneurial Leadership at Illinois. My marketing degree is from the College of Business at the University of Illinois. How exciting to hear about the work they’re doing with companies like Intelliwheels.

With so many sessions to choose from, I decided to cap off the day with two. Recruiting for start-ups shared insights on how to hire and fire, quickly and correctly.

Each panelist’s personality influenced their company’s hiring practices. A few of the top takeaways for me . . .

~ Have a process and hire in teams – leader plus technicians

~Funding can slow the hiring process, a good thing

~ You have to be crystal clear about your culture

~ When you’re interviewing, give people Legos and see what they create

Barbara Mald0nado covered the TechWeek online reputation panel for TeckCocktail much better than I do here.

Because our clients come to us for expertise in reputation management, this was a particularly relevant session for me – and probably you, too.

Your digital reputation is everything about you on the web. What comes up when you Google your name on page one?

That’s where 90% of people will stop. Only another 4% will keep looking.

The more important to commerce you are, the more people will want to know about you. The reality is: as information transfer becomes more efficient, more of your life is on the line.

Here’s coverage by @interactiveamy on a session I wanted to go to, but couldn’t. Social Media Magic: A Woman’s Touch with Amy Korin and Hope Bertram.

Invitation: If you got this far, why not share a few thoughts? We’d love to hear what you’re thinking!

With so many apps out there – and only so much room on your mobile device – you might be wondering: what […]

So excited to be hosting #SMDay in my town! In this post, you’ll find more information, including where to sign up for […] 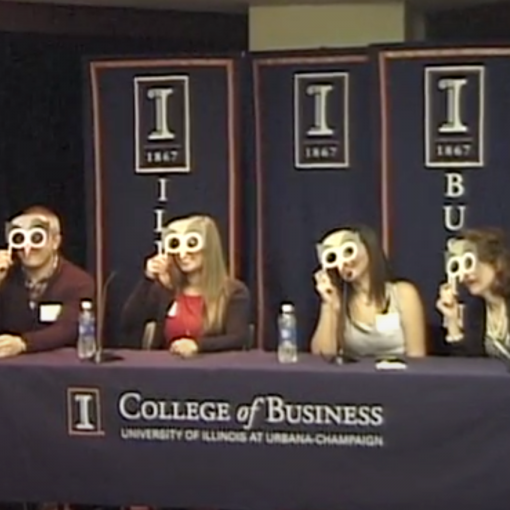 I LOVE speaking at Social Media Week Chicago. [Watch the 2012 video.] But, I might not be here. I hope I’ll be covering Social […]

Hello from Las Vegas! If you’re reading this and you’re also at BlogWorld, let’s meet up! You can reach me via twitter […]