At the January 2011 Social Media Club Community Outlook event, four panelists talked about 2011 social media trends. “How many of you would say social media has resulted in some major breakthrough for you? Do you feel like social media allows you to control your content destiny?” Mark Ragan, CEO of Ragan Communications asked. In the video Mark talks about the importance of content and  the Brand Journalism concept.

As a blogger and a professional writer, as well as a huge Ragan Communications fan, everything Mark said rang true. That’s why I’m sharing my notes with you.

First, a bit of my own back story…

In 2000, I bought the URL wiredwriting.com. Two years later I created a presentation called “Crown Content King or Queen of Your Site – Just Crown It!” and organized the first sold-out wired writing conference for writers in Chicago.

Did people listen? Yes. Did they take action?

Why would they?  Having a somewhat stale static page was acceptable – because everybody else was doing it.

So, how did I update my site? Simply.

Every new press release got posted to my site at the same time it got distributed to reporters. Piling one release on top of the other on the same page wasn’t attractive to readers, but search engines didn’t seem to mind. For some of the small businesses, my site was their only web presence. Reporters knew they could drop by anytime for the latest or the archives.

At the time, few people appreciated, or copied, this approach. Yet, Ragan was sending out speakers to evangelize new methods. That’s why I liked them so much.  Disclosure: Ragan Communications tapped me to develop a twitter and PR presentation for a 2009 social media bootcamp as well as a LinkedIn company profile webinar last fall.

“I come from everything to do with content and what it can do for you.” – Mark Ragan


In the content production business since 1968, Mark’s company produces two popular sites for communications professionals:  PRDaily.com and Ragan.com. A former journalist, Mark covered politics for 15 years and says never in the history of communications has there been a revolution like this.

Mark shared the behind the screen production of Ragan’s SAS lead story, SAS tops Fortune’s Best Companies to Work For list second year in a row.

Ragan knew SAS was going to win, but SAS didn’t know. With a story almost ready to go, Ragan needed to “top the lead” to make it fresh. Within 60 seconds after sending a DM with his cell phone number to SAS, Mark got a call back from the SAS senior corporate communicator executive. He got a quote and immediately posted it the story on ragan.com and twitter.

Mark says there is no bar anymore. “There is no threshold. You don’t need a printing press and angel investors. What you need is unlimited imagination and cleverness–and above all content.”

What’s coming is a continuation of what we already had: content is everything. Although people have been repeating the mantra, “content is king” for years, Mark believes it’s only been within the last two years that content began overtaking everything else. He likes the “brand journalism” concept.

“Any single ad, commercial or promotion is not a summary of our strategy. It’s not representative of the brand message,” he said. “We don’t need one big execution of a big idea. We need one big idea that can be used in a multidimensional, multilayered and multifaceted way.” Larry Light speaking at the AdWatch: Outlook 2004 conference at the New York Sheraton Hotel and Towers

An SMC Chicago audience member described brand journalism as: What is your purpose? What is your niche, your vibration and your contribution to universal design?

To Mark, brand journalism is the whole idea. He used Staples as an example of a company with a site where people come to buy products. Mark suggested building an sister site called “Staples office manager today” stocked with “refrigerator content” – that means information they can use right away that’s practical and brief.

Staples would keep the sales site and become part of their customer’s workflow. “If I’ve got you bonded to me everyday, you’re going to buy from me,” Mark says – even if you’re not selling anything while you’re bonding.

For example, American Express started Open Forum. You’ll never see them push a product because they want to be seen as the helpful place to go by small business owners.

“You are your own content producers. You are in control of your own destiny.” How would your respond to Mark’s call to action?

Today I did something I’ve never done before: speak to job seekers about writing. Thanks to Carlos Hernandez, a friend from San […] 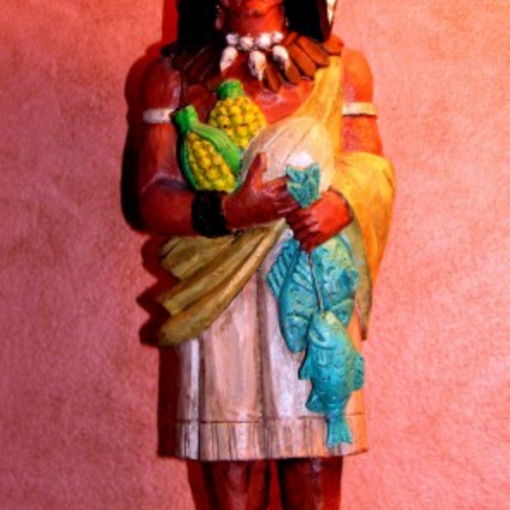 Happy Thanksgiving! I am so grateful today for everyone who’s ever been interested in one of my blog post, articles or social […]

A memorable personal brand attracts attention, builds business and connects you to customers who want to be part of the experience you’re […]

Bloggers and brands work so well together – especially when there’s a long-term relationship. Tips and ideas on how to make it […]