This post is one is the #SMWReporter series from Social Media Week Berlin. Thanks to Nokia for covering travel and expenses, as well as providing a Nokia Lumia 1020 camera Disclosure: http://cmp.ly/6/RC5QuG

Presented by Katja Petrova and Joel Dullroy, this session focused on how to build a movement around freelancers’ and interns’ rights.

How about you – do you work on freelance projects or hire freelancers?

Freelancer’s rights movements are active around the world.

Germany’s started about a year ago when the country tried to force freelancers to pay 400 euros a month into a retirement plan. The association formed to represent freelancers in the political sphere.

In the US, there is the Freelancers Union whose main issue is affordable health care. Despite the name, the organization isn’t a union. They are particularly strong in graphic design and campaign presentation.

In Belgium, freelancers stopped traffic in a protest.

In the intern sphere, there are campaigns to shame companies into paying interns. It is illegal not to pay interns in the U.K.

Who Pays Writers, http://whopays.tumblr.com is a tumblr blog where writers can get post about what they got paid. Employers hold all the cards; freelancers don’t know how much others are getting paid.

There isn’t a unified campaign or a voice so that freelancers can’t get ignored. What freelancers need is a voice, recognition, statistics and social protections.

Bureaucracies need to know that freelancers are a viable workforce that reflects how change gets made.

10% of workers in Europe are freelancers.

These organizations can learn from the startup world by using the ideas of minimal viable product to promote user growth quickly and efficiently.

Testing helps refine the process. Meet-ups and ambassadors can help expand the community.

Rick Falkvinge wrote the book Swarmwise that talks abut to build a movement in a viral way; you can download it for free.

To create a movement, have the crowd do the work with a task distribution system. For example, when they join, there’s immediately something there to do like send a tweet.

This also reduces the barrier to activation so that as soon as you hear about it, you can start doing your part.

Joel suggests that you define your goal first with numbers the group can target.

Use social media in a clever way. A good example is the UK interns. Learn from the other side too – like Amazon mechanical turk that exploits people. You can use this idea in a similar way to encourage all freelancers to work together.

Clever graphic design is key to capture attention. There also needs to be a bit of old-fashioned lobbying and institution building. Create institutions that advocate for the rights of freelancers.

Every country needs an advocate who can talk to people who can get decisions made in the government.

One day we might have a freelance blockage, boycott or a strike.

Co-working spaces can be where the freelance movement can manifest itself.

The EU freelance campaign is starting to build with an online campaign to announce the movement to all freelancers to let them know. Driven by freelancers, it’s created around great visuals and key messages.

Joel says, “What’s really exciting is the enormous potential – because freelancers are some of the most creative people out there. We’re the ones companies hire, it’s about time we got recognized for our contributions.”

For more information on what’s happening here, check out http://vgds.de. Visit http://freelancersmovement.org to follow Joel’s work and download his ebook.

On a personal note, after a career as a corporate sales trainer I transitioned into work as a freelance writer. If you’re thinking of doing the same, and you’re in the Chicago area, check out http://iwoc.org.

This post is one in the #smwreporter series from Social Media Week Berlin. Thank to Nokia for covering training and expenses and […] 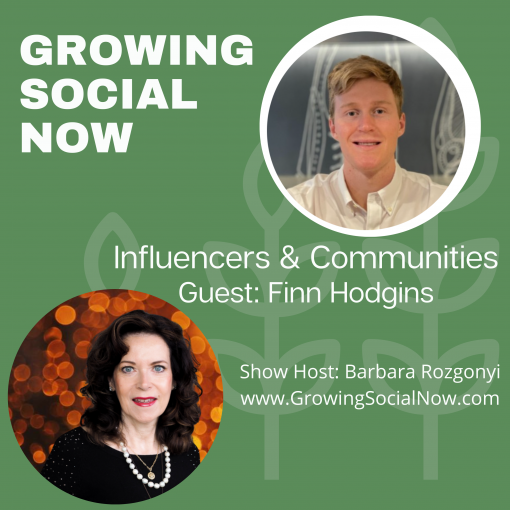 How can you get to the next level in the creator economy – as an influencer or a brand? Finn Hodgins, founder […]

Thanks for stopping by! This post is one in a #SMWReporter series covering #SMWBerlin. Thanks to Nokia for covering travel and expenses […]